Forgiving Those Who Hurt You

I once heard the story of a girl who was sexually abused by her father for years. This caused the young woman to go down the wrong path in life. One day that woman walked past a church, when she walked in the pastor was preaching about forgiveness. 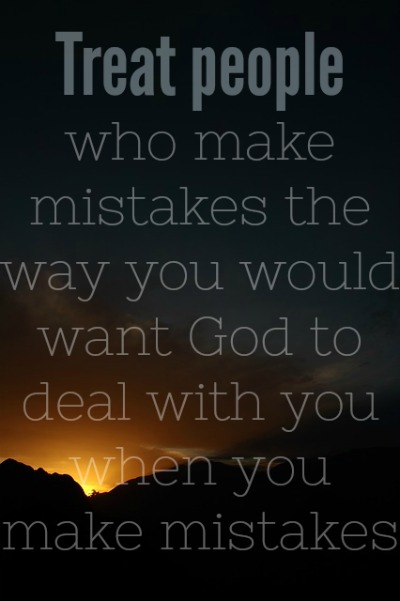 He said that there was nothing we could do that God will not forgive us of. She had caused so much hurt to herself and others that she was so overwhelmed by the thought of being made new.

That day that woman gave her life to Christ and in her heart, she seeked to find her father who she had disowned for many years. When she finally found her father, her father saw her and tears filled his eyes as he fell on his knees and asked her to forgive him for what he had done. He shared with her that while in jail he had accepted Christ. She picked him up and said, “I forgive you, because God forgave me.”

When this woman shared her story my jaw fell to the floor.. that is truly a heart of forgiveness. Her story had me thinking of all the times that I didn’t want to forgive others for hurting me when it was far less than what she had experienced. Around the time this woman shared her testimony with me, I had returned to Jesus and I had lots of things on my heart and my mind that only God could help me with. One of them was forgiving.

As Christians we are called to forgive those who hurt us, those who hate us, and those who plan evil against us. Why is it that we think we need to be forgiven by God but we can’t seem to forgive another imperfect human who is a sinner just like us? If God being big and mighty and powerful and just and perfect forgives us who are we to not forgive?

It can be so hard as humans to let go of pain and hurt when we don’t get an apology but I want to ask you today, if you were that young woman would you have forgiven your father? Her bravery and courage to forgive the unforgivable made me feel so small because in my eyes I didn’t have to forgive the family member who made up lies about me or the friend who stole money from me. It truly takes bravery to forgive. God calls us to forgive each other and constantly. He calls us to make things right as soon as we can and to then come to Him.

I don’t know about you but when I read that if I didn’t forgive, I wouldn’t be forgiven… I was a bit scared. Forgiveness is that important to God that He is willing to hold back His hand if we choose to not forgive those who have wronged us.

I had to constantly remind myself of my sinful nature and wanting to be the victim to have the upper hand in a bad situation. I had to keep coming back to scripture to remind me of how gracious God’s forgiveness is. This is why it’s so important to read your Bible to be able to confront those negative thoughts with scripture. These are some of my favorite passages that I had to continually remind myself:

Mark 11:25 “And whenever you stand praying, forgive, if you have anything against anyone, so that your Father also who is in heaven may forgive you your trespasses.”

Matthew 6:15 “But if you do not forgive others their trespasses, neither will your Father forgive your trespasses.”

1 John 1:9 “If we confess our sins, he is faithful and just to forgive us our sins and to cleanse us from all unrighteousness.”

Matthew 18:21-22 “Then Peter came up and said to him, “Lord, how often will my brother sin against me, and I forgive him? As many as seven times?” Jesus said to him, “I do not say to you seven times, but seventy times seven.”

Friends I just want to remind you tonight that if you have someone to forgive, forgive them and let go of all bitterness and ask God to heal your heart. If you have wronged someone ask God to give you the opportunity to ask for forgiveness and pray that the other person’s heart is softened and that they accept your apology.

Even if they don’t accept your apology (which has happened to me) you can keep asking the Lord to soften their heart. Forgiveness is such a huge blessing to those who accept it and those who give it.

We have to remember that we are not greater than Jesus. We are sinners in need of grace and most of us if not all of us can agree that the Lord’s forgiveness has made us new and it’s a beautiful thing to know you are forgiven. Now isn’t that something you would want to give someone?

Isn’t that a gift you want someone to have? Wouldn’t you want them to feel the same warmth in their heart and peace in their mind? Friends let us always ask God to soften our hearts to ask for forgiveness when we are wrong and to always accept the apology from someone who has hurt us because if we don’t forgive, then He will not forgive us.

Next: Positive Quotes To Start The Day