Time after time I’m asked does black magic exist in this world and does it work? The Bible can easily answer this question. Throughout the Old and New Testament we see a number of times where sorcery was used. 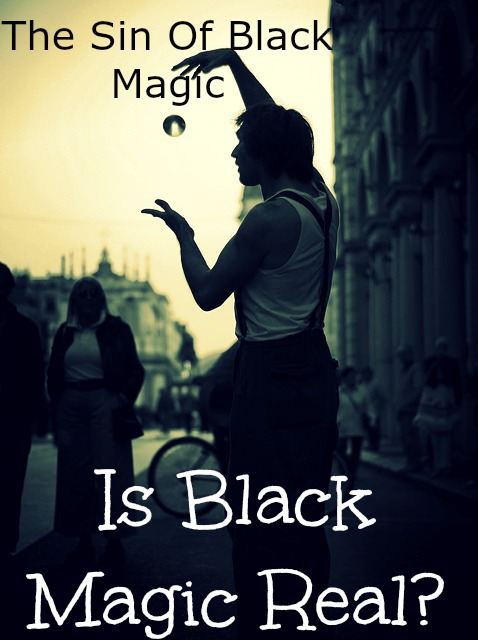 Black magic was used, but it was still an abomination to God.

This world is infatuated with the deeds of darkness. Please if your curiosity is leading you to try black magic don’t do it. Witchcraft is from Satan.

Watch out for people who claim that the Bible doesn’t speak against white magic, which is false. God hates all type of magic. Satan disguises sinful things by making them seem innocent, beware!

Can black magic kill you?

Not only is black magic dangerous for the person it is being used on, but it also is extremely dangerous for the person who is using it. I seen firsthand what witchcraft can do to you. I’ve had friends who started small in their sorcery use. As time went on they started dabbling with it more and more. Deeper and deeper they fell into darkness and in denial. It affects your mind. You open up your body to demons and demonic attacks. It’s nothing to play with. I’ve seen things brought on by witchcraft that you wouldn’t believe. Not only can it hurt you, but it can kill you as well. There have been extreme cases where demonic influences have caused people to commit suicide.

Can it harm Christians? No, black magic spells cannot be used to harm Christians, but that doesn’t mean we are to mess with it, which is a different story. Christians don’t mess with the devil’s tools. There is no such thing as a Christian wiccan. Jesus didn’t die so we can have fun with the works of Satan.

If your friends are messing with black magic, tell them about the deceitful evilness of it and stay far away. Being around them will affect you.

Maybe you came to this page because you thought about trying black magic. Please stay away! Run from the deceitful witchcraft spell sites.

Please make sure that you are saved. Please click this link to know the gospel.

Next: How To Start A Christian Blog Or Website In 4 Minutes?