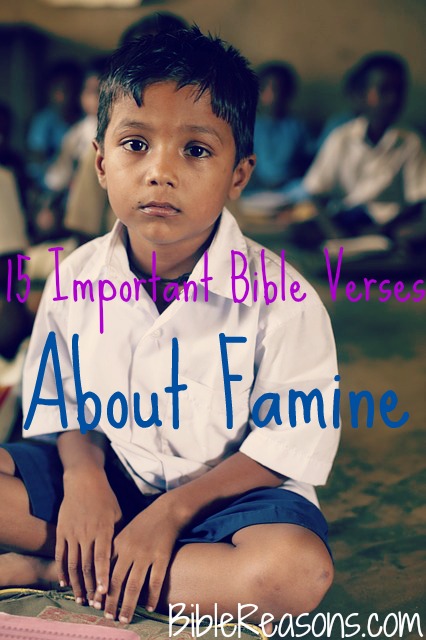 They would rather find false teachers to twist, add, and take away from Scripture to justify sin.

The things that are going on now in Christianity just 50 years ago would have caused heart attacks. Most people who call themselves believers are not even true believers.

They live as if they don’t have Scripture to obey. Rather than people standing up for God and defending the truths of the Bible they stand up for Satan and condone evil. Preachers want to make everyone happy so they don’t preach the true Word of God. We were told this was going to happen and it has.

Hell is real and if a person calls themselves a Christian, but has an unregenerate heart and lives a continuous lifestyle of sin that person is not a believer and hell will be waiting for that person. Look at how worldly professors of Christ have become. The famine is not only real it is here.

1. Matthew 24:6-7 “And you will hear of wars and rumors of wars. See that you are not alarmed, for this must take place, but the end is not yet. For nation will rise against nation, and kingdom against kingdom, and there will be famines and earthquakes in various places.”

2. Luke 21:10-11 “Then he said to them, “Nation will rise against nation, and kingdom against kingdom. There will be great earthquakes, and in various places famines and pestilences. And there will be terrors and great signs from heaven.”

3. Amos 8:11-12 “Behold, the days are coming,” declares the Lord God, “when I will send a famine on the land— not a famine of bread, nor a thirst for water, but of hearing the words of the Lord. They shall wander from sea to sea, and from north to east; they shall run to and fro, to seek the word of the Lord, but they shall not find it.

People don’t want to hear the truth anymore they want to twist it.

4. 2 Timothy 4:3-4 “For the time is coming when people will not endure sound teaching, but having itching ears they will accumulate for themselves teachers to suit their own passions, and will turn away from listening to the truth and wander off into myths.”

There are many false teachers.

6. 2 Peter 2:1-2 “But there were false prophets also among the people, even as there shall be false teachers among you, who privily shall bring in damnable heresies, even denying the Lord that bought them, and bring upon themselves swift destruction.”

Live by the Word of God

7. Matthew 4:4 “But he answered, “It is written, “‘Man shall not live by bread alone, but by every word that comes from the mouth of God.”

8.  2 Timothy 3:16-17 “Every Scripture passage is inspired by God. All of them are useful for teaching, pointing out errors, correcting people, and training them for a life that has God’s approval. They equip God’s servants so that they are completely prepared to do good things.”

The Lord will never forsake His children

9. Psalm 37:18-20 “The Lord knows the days of the blameless, and their heritage will remain forever; they are not put to shame in evil times; in the days of famine they have abundance. But the wicked will perish; the enemies of the Lord are like the glory of the pastures; they vanish—like smoke they vanish away.”

10. Psalm 33:18-20 “Behold, the eye of the Lord is on those who fear him, on those who hope in his steadfast love, that he may deliver their soul from death and keep them alive in famine. Our soul waits for the Lord; he is our help and our shield.”

Most people who profess Jesus as Lord will not make it into heaven.

11. Matthew 7:21-23 “Not everyone who says to me, ‘Lord, Lord!’ will enter the kingdom of heaven, but only the person who does what my Father in heaven wants. Many will say to me on that day, ‘Lord, Lord, didn’t we prophesy in your name? Didn’t we force out demons and do many miracles by the power and authority of your name?’ Then I will tell them publicly, ‘I’ve never known you. Get away from me, you evil people.”

12. Genesis 45:11 “There I will provide for you, for there are yet five years of famine to come, so that you and your household, and all that you have, do not come to poverty.”

13. 2 Samuel 24:13 “So Gad came to David and told him, and said to him, “Shall three years of famine come to you in your land? Or will you flee three months before your foes while they pursue you? Or shall there be three days’ pestilence in your land? Now consider, and decide what answer I shall return to him who sent me.”

14. Genesis 12:9-10 “And Abram journeyed on, still going toward the Negeb. Now there was a famine in the land. So Abram went down to Egypt to sojourn there, for the famine was severe in the land.”

15. Acts 11:27-30 “Now in these days prophets came down from Jerusalem to Antioch. And one of them named Agabus stood up and foretold by the Spirit that there would be a great famine over all the world (this took place in the days of Claudius). So the disciples determined, every one according to his ability, to send relief to the brothers living in Judea. And they did so, sending it to the elders by the hand of Barnabas and Saul.”