In life one thing that will never change is the huge number of people living in poverty. As Christians we must give all we can to the poor and never close our eyes to their cries. Closing our eyes to the poor is like doing it to Jesus, who was poor Himself. 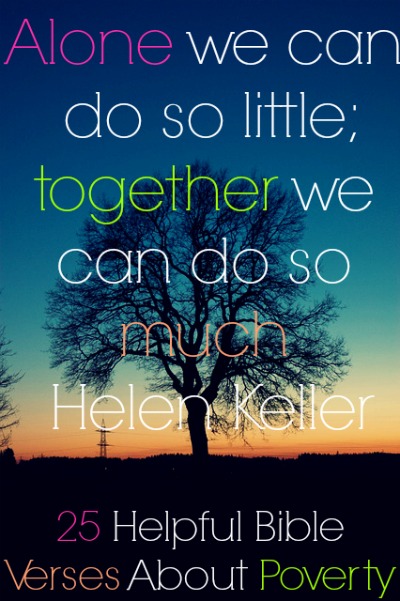 We must never misjudge them in any way such as giving a homeless man money thinking he’s going to buy a beer with it.

We must also never jump to conclusions on how someone became poor. Many people show no compassion and think they’re in that situation because of laziness.

Laziness does lead to poverty, but you never know what happened in someone’s life to put them in that situation and even if that was the case we should still help.

Better is a little with righteousness.

1. Proverbs 15:16 Better to have little, with fear for the LORD, than to have great treasure and inner turmoil.

3. Proverbs 28:6 Better to be a poor person who has integrity than to be rich and double-dealing.

God cares about the poor.

4. Psalms 140:12 I know that the LORD will maintain the cause of the afflicted, and will execute justice for the needy

5. Psalm 12:5 “Because the poor are plundered and the needy groan, I will now arise,” says the LORD. “I will protect them from those who malign them.”

6. Psalm 34:5-6 They looked unto him, and were lightened: and their faces were not ashamed. This poor man cried, and the LORD heard him, and saved him out of all his troubles.

7. Psalm 9:18 But God will never forget the needy; the hope of the afflicted will never perish.

8. 1 Samuel 2:8 He lifts the poor from the dust and the needy from the garbage dump. He sets them among princes, placing them in seats of honor. For all the earth is the LORD’s, and he has set the world in order.

9. Deuteronomy 10:17-18 For the LORD your God is God of gods and Lord of lords, the great God, mighty and awesome, who shows no partiality and accepts no bribes. He defends the cause of the fatherless and the widow, and loves the foreigner residing among you, giving them food and clothing.

10. Proverbs 22:2 The rich and poor have this in common: The LORD made them both.

11. Proverbs 29:13 The poor and the oppressor have this in common–the LORD gives sight to the eyes of both. If a king judges the poor fairly, his throne will last forever.

12. James 2:5 Listen to me, dear brothers and sisters. Hasn’t God chosen the poor in this world to be rich in faith? Aren’t they the ones who will inherit the Kingdom he promised to those who love him?

We must help others

14. Proverbs 22:9 The generous will themselves be blessed, for they share their food with the poor.

15. Proverbs 28:27 Whoever gives to the poor will lack nothing, but those who close their eyes to poverty will be cursed.

16. Proverbs 14:31 Whoever oppresses the poor shows contempt for their Maker, but whoever is kind to the needy honors God.

17. Proverbs 19:17 He that hath pity upon the poor lendeth unto the LORD; and that which he hath given will he pay him again.

There will always be poor people.

18. Matthew 26:10-11 But Jesus, aware of this, replied, “Why criticize this woman for doing such a good thing to me? You will always have the poor among you, but you will not always have me.

19. Deuteronomy 15:10-11 Give generously to the poor, not grudgingly, for the LORD your God will bless you in everything you do. There will always be some in the land who are poor. That is why I am commanding you to share freely with the poor and with other Israelites in need.

20. Proverbs 29:7 A righteous man knows the rights of the poor; a wicked man does not understand such knowledge.

21. Proverbs 31:8 Speak up for those who cannot speak for themselves; ensure justice for those being crushed. Yes, speak up for the poor and helpless, and see that they get justice.

Laziness will always lead to poverty.

22. Proverbs 20:13 If you love sleep, you will end in poverty. Keep your eyes open, and there will be plenty to eat!

24. Proverbs 19:4 Wealth makes many “friends”; poverty drives them all away.

25. Proverbs 30:7-9 O God, I beg two favors from you; let me have them before I die. First, help me never to tell a lie. Second, give me neither poverty nor riches! Give me just enough to satisfy my needs. For if I grow rich, I may deny you and say, “Who is the LORD?” And if I am too poor, I may steal and thus insult God’s holy name.

2 Corinthians 8:9  You know the generous grace of our Lord Jesus Christ. Though he was rich, yet for your sakes he became poor, so that by his poverty he could make you rich.