Fritz Chery Jan 11, 2023 Bible Verses About 2 comments
Likely, the greatest issue people have with doctrines such as predestination is that they think it necessarily reduces humans to unthinking robots. Or, better, to inanimate pawns on a chessboard, which God moves around as He sees fit. However, this is a conclusion that is philosophically driven, and not one that is derivative from the Scriptures. 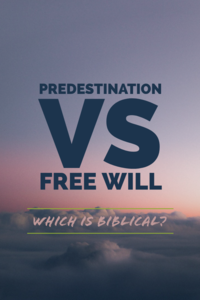