It happened a year ago. I was coming upon 12 months of residency in the desert land of Scottsdale, Arizona
and I had grown tired of leading a dual life. Like having multiple personalities, my life reflected two very different people – one person who was living for the Lord and
another who was living for herself. 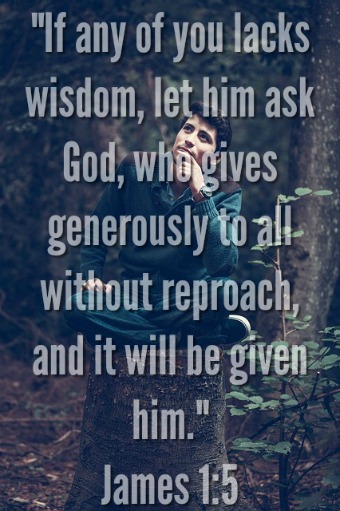 While I was grateful for God’s faithfulness in early 2016 for leading my family out of a toxic environment in my home state of Michigan, I was confused as to why He brought us to Arizona when we had left our hearts in Texas.

As my family settled in our new home and attempted to adjust to unfamiliar surroundings, I continued to seek the Lord’s guidance in hopes of obtaining an answer to my question: Why are we here?

There were days that were easier than others, but for the most part I longed for the life we had built in Texas. On paper, it made sense for my family to live there, but for some reason God wanted us in Arizona. I was getting close to throwing in the towel after a visit to Texas later in 2016 because everything had become even more confusing to me. “We should be there, NOT here!” I thought. I could envision my life in Texas – it picked up where we left off several years prior yet was fuller than the life my husband and I had back then because we now had the addition of three children.

However, the reality I was facing was an everyday struggle of trying not to conform to the secular norm that infiltrated my home life in Scottsdale and was directly targeting my vulnerability. That’s where I found myself for the entire year of 2016, contemplating and wondering, sometimes even questioning God’s intention for putting my family in a
place that appeared to be even more toxic than when we resided in my hometown in Michigan. Yet, when I woke up cold, naked, alone, and hungover on January 1, 2017,
I felt like I had been struck with a lightning bolt of clarity and reason. Enough was enough and I didn’t want to continue my dual citizenship of living for the world and for the Kingdom.

At that moment where the room was spinning around me, I
couldn’t have seen more clearly. 2017 was going to be my year of seeking wisdom and letting go of myself. It’s funny how God will put a word on your heart and then will challenge you and strengthen you to fully understand what it means. It began immediately for me at the start of 2017 and I took complete advantage of each door that was opened to a previously closed portion of my soul. Contemplating each life occurrence and rereading some of the more hard-hitting, vulnerable blog posts of 2017 on seekinggraceandgratitude.com is proof of how far I
have come as a godly woman and follower of Christ.

I experienced some tough trials in 2017 and while I didn’t always win at the first attempt, I ended up coming out on
top because I sought the strength and guidance of the Spirit rather than depending on my own weak and human capabilities. I discovered so much about myself and dug up a lot of junk from my past that had been buried deep for years. I learned that I am an extroverted introvert and not
solely an introvert. Meaning, I enjoy social interaction and intimate settings with close friends or family members, but prefer and desire time alone, my own personal space, and the ability to unwind at the end of the day. At thirty-one years of age, I am thankful I learned this about myself so I can use wisdom going forward in establishing relational boundaries and socialization limitations.

Similarly, I unveiled a social anxiety that had plagued me for years and I could never understand why. This revelation led me to realize that I have a drinking problem when surrounded in large groups of people or with individuals I do not know very
well. It took two intoxication mishaps in early 2017 for me to finally learn the reason for why I was over-drinking. The answer was because I felt an overwhelming anxiety that led me to give into the peer pressure of drinking more than I could
handle because others were binge drinking or I would drink too much to numb the powerful feelings of anxiety.

I will forever be impacted by this discovery and for
that, I am eternally grateful. While at the Proverbs 31 She Speaks conference in July 2017, God exposed some
deep, dark emotions and unrealistic expectations from my childhood that I had been neglecting to address or consider even existed. After this eye-opening experience, my friend Allie (who was attending She Speaks with me) stayed up late with me one night and offered me wise insight through provoking questions that made me see my whole family dynamic and upbringing through a different perspective. Again, I have so much gratitude for both God continuing to provide me with wisdom as well as Him speaking to me through unexpected resources like my friend and sister-in Christ, Allie.

Throughout the first nine months of 2017, I continued to question God’s intentions for bringing my family to Arizona. At the time, we had been desert residents for a
year and a half and I still felt like I had no idea why God would uproot my family and move us to Scottsdale. After spending six weeks vacationing in West Michigan (in both my and my husband’s hometowns), I was even more confused but chose to open my heart to the present opportunities God had set before me. It was during this time that I felt the Lord was lighting a fire within me to pursue ministering to my community, specifically to my neighborhood back in Scottsdale.

I spent a good month praying about starting a women’s group and ended up consulting a handful of neighbors until it seemed all signs pointed to “yes.” As a relatively new resident of
the neighborhood and a Midwestern transplant, I was terrified but trusted in the Lord and believed He put this desire in my heart for a reason. It has been five months since that group began and not only have I developed relationships with
some incredible followers of Christ but also I have been deeply encouraged and inspired by the depth, vulnerability, and authenticity of these women. These are the types of relationships our souls crave and I feel very blessed to have them in my life.

On September 1st, I found out I was expecting my fourth child. I was surprised but not shocked. I had felt the Lord nudging my husband and me to pursue expanding our family and so we had prayed about it but had not been actively trying to
conceive nor adopt. We had faith that if God wanted us to grow our family, then He’d allow for it to happen organically and on His time. I was overcome with joy after taking the pregnancy test but little did I know that this pregnancy would bring me
so much emotion. This tiny human growing inside of me has made me not just consider but also appreciate the important things in life – God, family, and health. As a melanoma survivor and a victim of a 15-month breast cancer scare, I have always put value on my health and have prioritized God first and family second.

However, over the last few months I have felt everything come full circle and have received clarity on the path God has me on. It was seeking wisdom that brought me to this point.
It’s a fresh, new year, with a blank slate of hope and possibility. In about a month, my  family will have established two years of residency in Arizona. It should have come as no surprise then that God had chosen to end 2017 by giving me one last gift of wise revelation – He has finally revealed His purpose for sending my family to Arizona. While I am not to the point of disclosing the “why” behind my family’s relocation to the southwest, I trust that God’s Spirit will speak to me in 2018 and will allow me to write about the flood of emotions and unexpected sense of redirection I am currently encountering.

I had made a commitment to seek wisdom throughout 2017 after God place the word “wisdom” on my heart last January and He certainly did not disappoint. I am more mature and wise in my faith as well as so much closer to the Lord. As I look
forward to what the year may bring, I am planning to honor the 2018 word God has put on my heart – “grace.” I truly believe in the significance of the little nudges God gives us and the desires or convictions He puts in our hearts. I find it is no
coincidence that He wants me to seek and apply grace to every aspect of my life in the year 2018. I mean, come on. I am having my fourth child in May! It would be crazy if God didn’t want me to focus on grace this year!

Wherever you are in your season of life or in your faith journey, I pray you will be encouraged by God’s faithfulness. My year of seeking wisdom in 2017 came after experiencing the five most challenging years of my life. During the five consecutive years I encountered multiple trials and tribulations, my faith and trust in the Lord never wavered. In my heart of hearts, I deeply believed that everything I had
encountered during those years was all part of God’s ultimate plan.

Because I believed this and clung to the truth written in Philippians 4:6-7, I was able to recognize and accept that God’s plan ultimately shaped my life’s purpose. I hope you will be encouraged to seek wisdom for the journey God has you on. As well, I pray you will ask for the Holy Spirit to provide you with both strength and patience as you surrender control and allow the Lord to do His work within your life. It won’t always be easy, but it is always worth it!

God bless you and have a blessed year!

James 1:5 “If any of you lacks wisdom, you should ask God, who gives generously to all without finding fault, and it will be given to you.”

Proverbs 4:6-7 “Do not forsake wisdom, and she will protect you; love her, and she will watch over you. The beginning of wisdom is this: Get wisdom. Though it cost all you have, get understanding.”